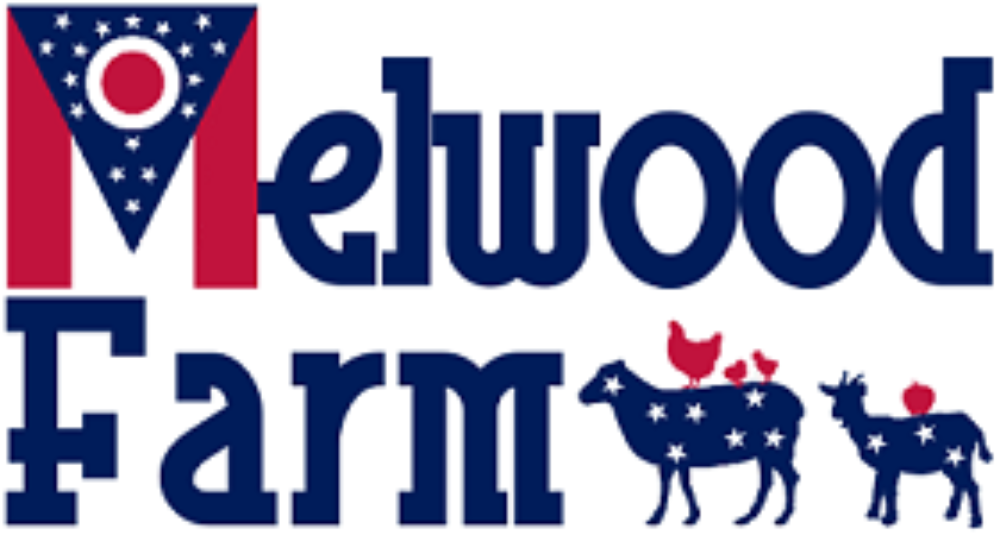 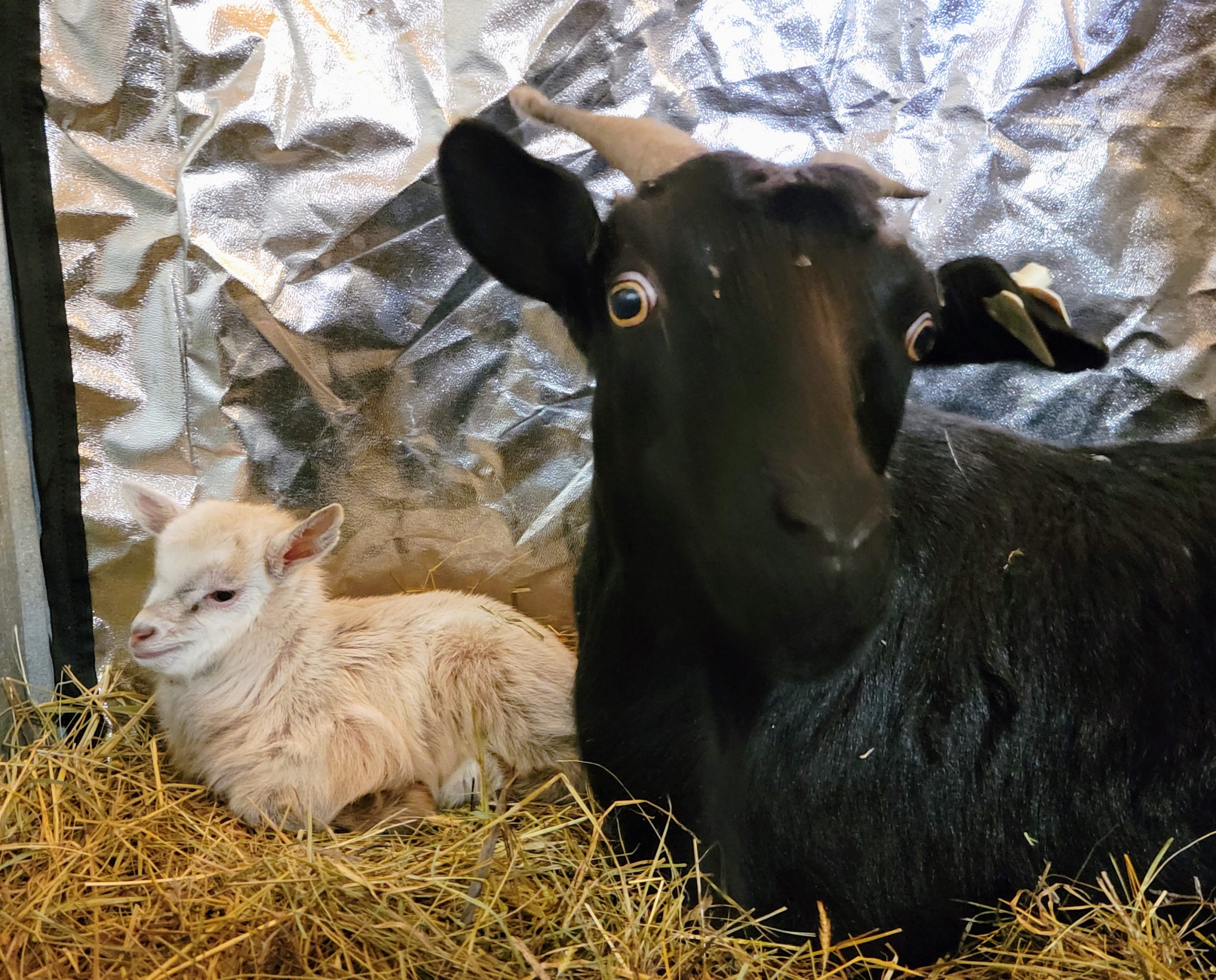 Farming isn’t always fun. Sometimes, it’s really sad. Yesterday was one of those days where you win some, you lose some. Our Myotonic goat herd took one step forward and one step back.

I had a nice surprise when I arrived in the goat barn for morning chores. Elly May kidded overnight. She had the cutest little buckling just standing there like nothing unusual had happened. As a bonus, he is polled, which means he won’t grow horns. This is great news because I don’t have to take him to the vet for disbudding. I really hate that whole process, but it’s a necessary evil. 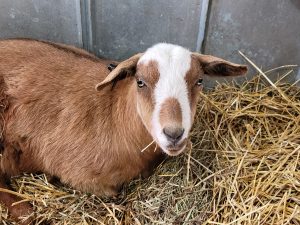 While doing chores, I noticed that Trixie was showing signs of early labor.  I moved her to a kidding stall, and checked on her about an hour later. As I feared, things were not good. She had bloody discharge, which is not normal. Once she started pushing, I understood why. The kid was large and was coming head first, with no feet under his chin. I had to intervene. After gloving and lubing up, I pushed the kid back in, and found one foot. The other was impossible to find. I worked with Trixie’s contractions and we managed to deliver the kid. While Trixie is okay, her beautiful baby buckling didn’t make it.

Making the Best of It

I decided to make the best of things. While Trixie has lost her kid, she still has something very valuable to give; colostrum. People in the goat world call it “liquid gold.” Colostrum is the magic milk all mammals produce (even humans!) during the first 24-48 hours. It’s magic because it is nature’s way of passing antibodies from mother to baby. It’s a good idea to have frozen colostrum on hand. Sometimes a kid is born and its mother dies or isn’t producing milk, but the baby needs those antibodies. This is why I decided to milk Trixie for the first two days, and I’m glad I did. I’ve never really milked any of my animals with much success. But I’m happy to report that I now have almost a full quart of colostrum in the freezer!