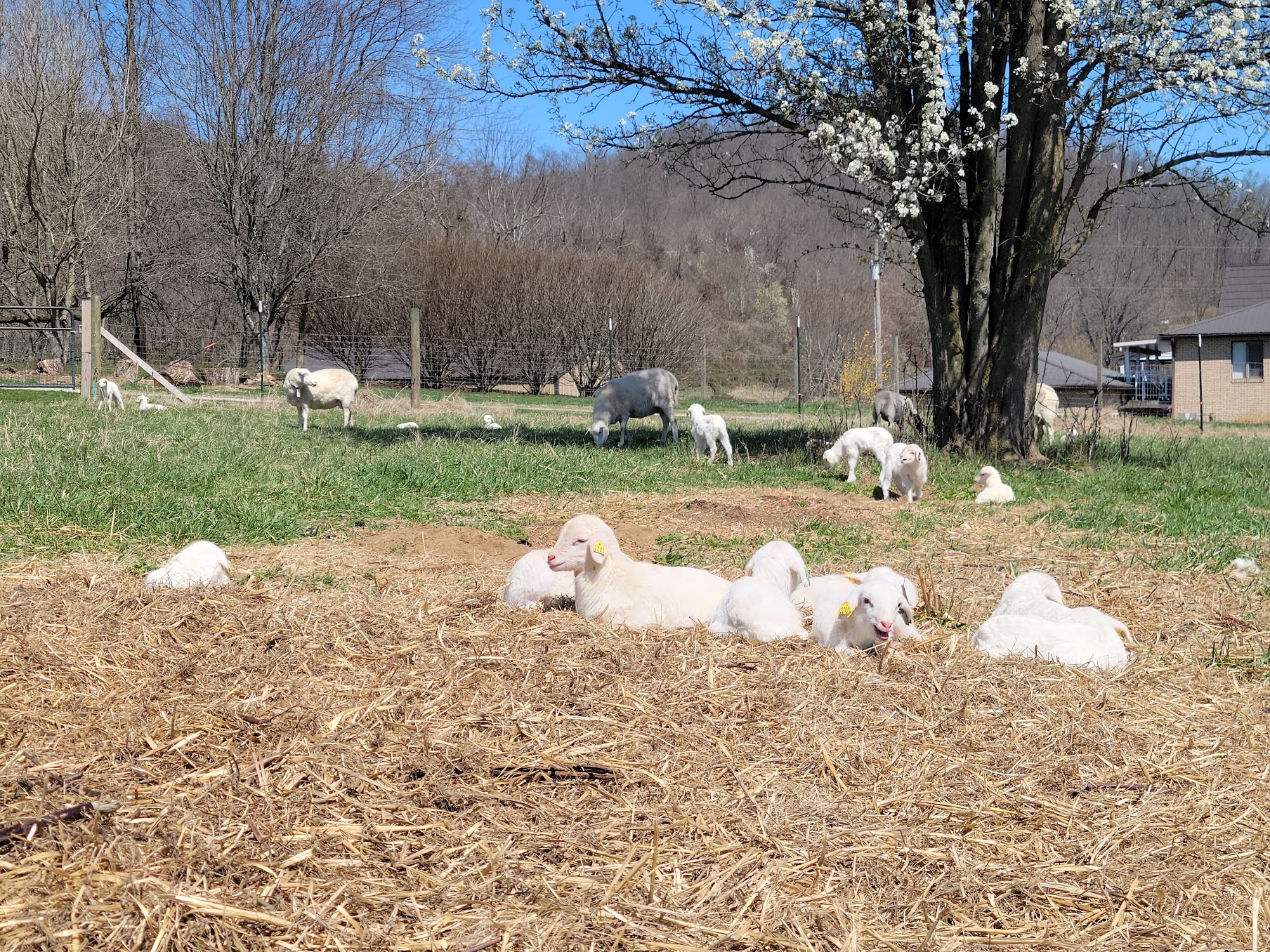 I called this year’s lambing season “Lambageddon 2022” because I had so many lambs born in a short period of time. I had lots of triplets to boot. Lambing is fun … and stressful … and tiresome. I’m a bit of a worry wart, so I get up once or twice each night to check the pasture for new lambs. If I find any newborns, I move the little family to a lambing pen, called a “jug”. This provides a safe space out of the elements where the ewe can bond with her lambs without interference from the other sheep. It also gives me some time to do my record keeping, which includes weighing and tagging. Finally, if the lambs or the ewe are having any difficulties, I can keep them in the jug an extra day or two for observation and, if necessary, assistance.

From my 22 ewes, I had 55 total lambs born with 51 survivors. Twelve sets of triplets, nine sets of twins, and one single. That’s a 250% total lambing rate, 232% live lambing rate. You read that right: 232%!!! I have taken just three triplets to be raised as bottle lambs only because they are much smaller than their siblings. They each stayed with their dams for three days in a pen and were well fed, but the open pasture would have been rough for them. It is doubtful they would be able to keep up or continue to compete at the udder.

What Magic is This?

I had several things working for me this year. First, I used three rams last October, each over a group of six to eight ewes.  By limiting the number of ewes, each ram was able to give the girls extra attention. I had a 100% pregnancy rate, which means that all twenty-two of my ewes bred when exposed to the rams. Second, the pastures were in excellent health last year. I had just the right amount of rain, sun, and warm days to keep the grass growing. I rotationally grazed but did not practice intensive rotations. Still, it worked. Finally, I did something somewhat accidentally.  I purchased several round bales of oat straw from a friend who had intended to cut earlier and sell as hay.  I thought I would use them primarily for bedding. In September when the ewes were turned into the pasture that held those bales, they proved to me that there were still some tasty oats to be found within them. Soon they had eaten holes out of every bale.

I had forgotten about those oat straw bales when our triplet phenomenon began. But as I wracked my brain trying to figure out what was different this year, I remembered those holes eaten out of those bales and realized that I unintentionally flushed my ewes! Flushing is a practice used by shepherds to increase a ewe’s fertility just before exposing her to a ram. St. Croix breeders rarely use this practice since our sheep almost always have twins or triplets without the extra feed. By doing so, I wound up with over half my ewes producing triplets instead of twins!